The Kven of recent centuries are the Finnish descendants who are in the most northerly reaches of Norway, predominantly in Finnmark.  The old spelling in the Norwegian records included "Qvæn."

The traditional Finnmark area of Norway is called Ruija in Finnish.

[The ancient "Kven" of "Kvenland" refer to the inhabitants of a broad region that includes some of modern-day northern Finland, northern Sweden, northwestern Russia, and likely even some of northern Norway.]

To confuse matters significantly for researchers today, in the old Norwegian parish records (1800s), those labelled as "qvæn" or "qven" are ethnic Finns and those labelled as "finn" are actually ethnic Saami.  In the 1800s, there were some northern Norwegian communities that actually had more Kven/Finns in them than Norwegians.

Information about the Kven communities: 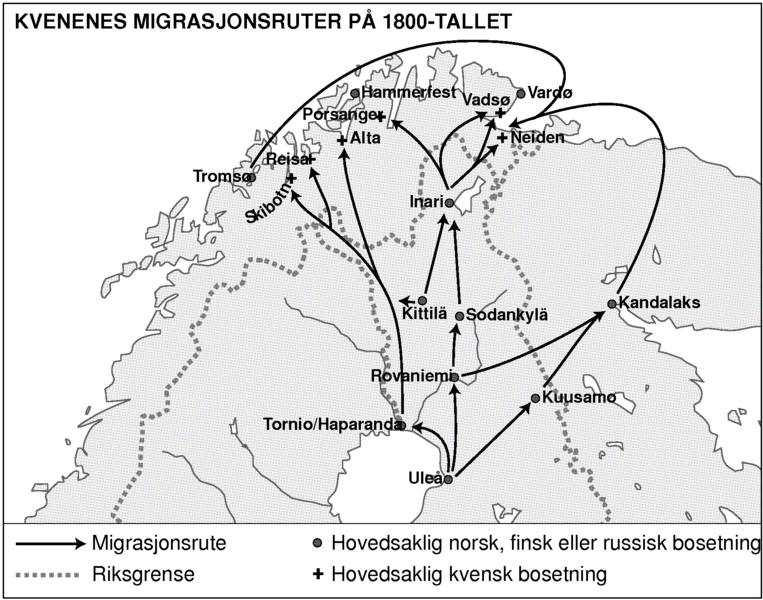